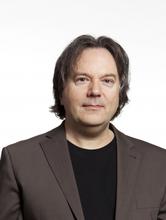 Before this, he was Top Professor at the Dept. of Economics at VU University Amsterdam. He is also affiliated to IFAU (Uppsala) since 1999. In addition, he is Program Director at IZA (Bonn), leading the field of Labor Market Policy Evaluation. Previously he worked at Northwestern University, Princeton University, and Stockholm School of Economics.

Since 2013 he is a Fellow of the Econometric Society.

Gerard van den Berg is a world leader in the field of Econometrics, an academic discipline which uses methods taken from statistics to analyse and explain economic relationships.

As well as econometrics he also conducts research in the fields of labor economics and health economics, notably on duration analysis, treatment evaluation, search theory, and long-run effects of early-life conditions.

Associate Editor Award of the Journal of Econometrics