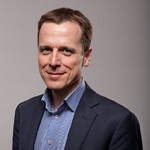 The research of prof. De Esch aims to understand and predict interactions between biologically active substances and their molecular targets, such as receptors and enzymes. The group makes extensive use of Computer-Aided Drug Design (CADD) approaches and structural biology insights. New ligands are designed and synthesized in the organic chemistry laboratories that are equipped with state-of-the-art synthesis equipment and all the necessary analytical chemistry tools. The group is developing and using Fragment-Based Drug Design (FBDD) approaches as this represents an exciting, highly efficient and design-intensive approach that can be applied to many different molecular targets. Various protein classes are being interrogated,  including, amongst others, GPCRs, PDEs, AChBP and LGICs, protein-protein interactions, kinases and others. Next to hit finding, the group has ample experience in hit and lead optimization that results in pre-clinical drug candidates that are studied in various disease models within the research institute AIMMS, the VU University Medical Center Amsterdam and various (inter)national collaborations.

Valorisation and education
Prof. De Esch is co-founder of three spin-off biotech companies, illustrating the valorisation potential of his research. Moreover, he is involved in Science, Business & Innovation research, that focuses on the valorisation of scientific knowledge. De Esch’s scientific and valorisation expertise also plays an important role in the Bachelor’s and Master’s programmes in Pharmaceutical Sciences, Drug Discovery & Safety, Science, Business & Innovation and at the Amsterdam University College.

Career
Prof. De Esch studied Organic Chemistry at Radboud University Nijmegen. From 1994 to 1998, he performed his PhD studies at the Department of Pharmacochemistry at VU University (promotor: prof. Timmerman) and at the University of Cambridge. Subsequently, he performed post-doctoral research in the Drug Design Group at the University of Cambridge (UK). The research of this academic group resulted in the biotech De Novo Pharmaceuticals, which De Esch co-founded in 2000 and where he worked as a group leader and project leader.

He returned to academia in 2003 and became assistant and subsequently associate professor in the Division of Medicinal Chemistry at VU University. He established the successful research line fragment-based drug design and became co-founder of the spin-offs IOTA Pharmaceuticals (2007) en Griffin Discoveries (2009). In 2011, he was awarded the Galenus Research Price for his work on fragment-based drug discovery and the valorisation of his research. Prof. De Esch has received many research grants, amongst others from Top Institute Pharma, Technology Foundation STW, EU-FP7 and the Innovative Medicines Initiative (IMI). He is the coordinator of a large European network called FRAGNET that aims to further develop fragment-based drug design approaches.

Alkynamide phthalazinones as a new class of TbrPDEB1 inhibitors (Part 2)

A Photoswitchable Agonist for the Histamine H 3 Receptor, a Prototypic Family A G-Protein-Coupled Receptor

drug
Your message has successfully been sent.
Your message was not sent due to an error.
If you made any changes in Pure these will be visible here soon.