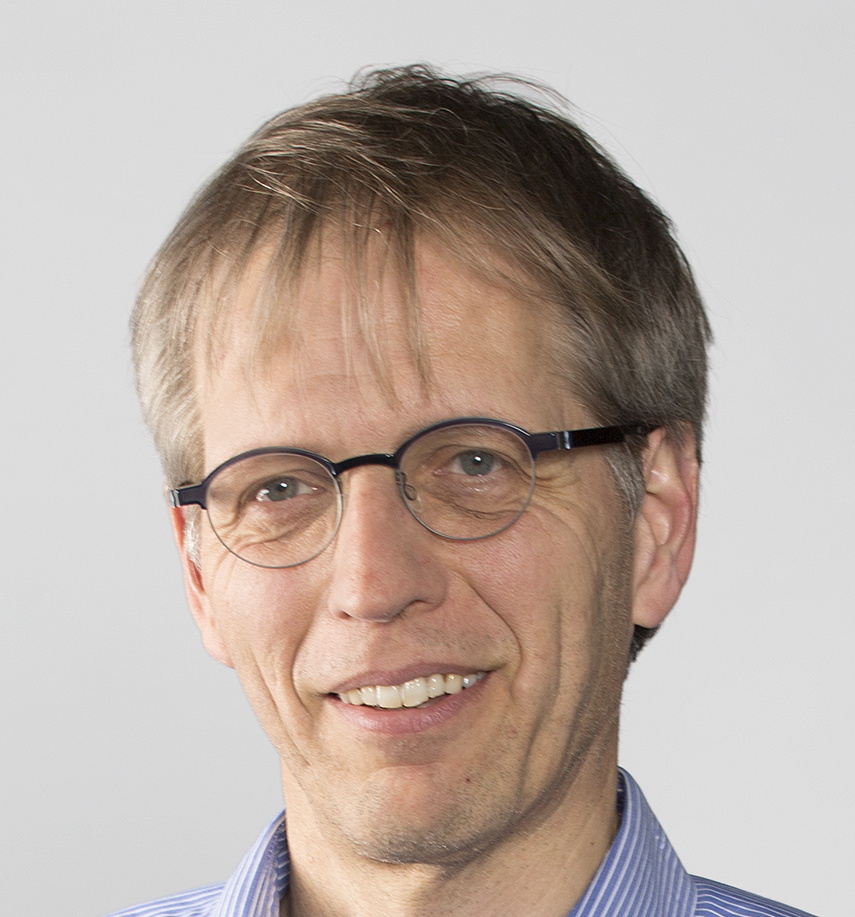 My research in the last years can be grouped around 3 themes: interception, prehension and illusions in perception and action. It is performed in close collaboration with Eli Brenner.

Interception poses problems that are difficult to control due to the continuously changing target position in combination with the inevitable neural delays. Research on this topic has shown that these problems are only circumvented to a very limited extent by using predictive information (like the ball's speed). Subjects rather use the information of previous trials, or correct on-line for the errors made in the earlier part of the movement. Similar effects were found for eye-movements towards moving objects.

Prehension is a very common task that encompasses some of the fundamental problems of visuomotor co-ordination. We developed a new view on how it is organised. This view is formalised in a mathematical model. Some of the predictions of the model are already tested, and others are still being investigated. One of the interesting aspects of our approach is that it makes no distinction between grasping and pointing. This has led to predictions for the control of pointing that are also currently under investigation.

Illusions in perception and action. This line of research recently developed into a seperate theme based on the research on interception and prehension. Contrary to many others, we think that action is not less susceptible to illusions than perception. We think that the reason that many researchers report otherwise is that they compare variables of the action with perceptual judgements on other variables. We found evidence for this hypothesis in our research on interception and grasping.

When Does One Decide How Heavy an Object Feels While Picking It Up?

Sensory integration does not lead to sensory calibration

Updating the global effect across saccade.

Jeroen Smeets (Member of editorial board)

Jeroen Smeets (Member of editorial board)

Society for the Neural Control of Movement