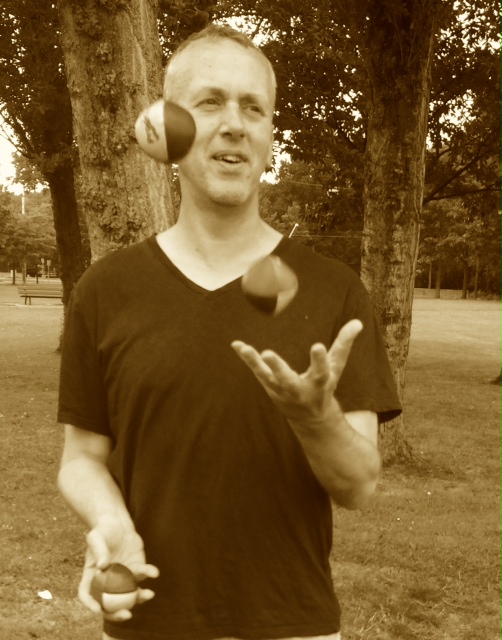 I study how cognition, emotion, personality, and psychopathology impact the organization of movement, with an emphasis on regulating balance.

Influences of emotion on balance
Charles Darwin recognized that emotions have clear communicative and behavioral characteristics, such as preparing the body for fight or flight. These innate tendencies manifest themselves in postural changes, such as ‘freeze’ and ‘avoidance’. Using recordings of the body center of pressure, PhD-student Daniëlle Bouman and I study how static balance and the initiation of gait are influenced by affective states, induced by pictorial stimuli. Also, in collaboration with Prof. Ian Loram and Jonathan de Melkert Worms (PhD student) at Manchester Metropolitan University, we study how fear of falling modifies postural behavior (part of the MOVE-AGE Program).

Regulation of balance in psychopathology
Various mental disorders are characterized by subtle movement abnormalities, such as altered regulation of balance. It is thought that this altered balance is in part modulated by hypervigilance to bodily signals and an excessive conscious control of movement. In collaboration with Dr. Claudia Emck at the Department of Human Movement Sciences and with Prof. Karin Roelofs and Dr. Muriel Hagenaars at the Behavioural Science Institute (Nijmegen) we investigate postural behavior in selected patient groups, such as childhood anxiety, PTSD, and autism.

Embodiment
One of the tenets of the embodied cognition theory is that mental states are grounded in the physical body, which can manifest itself as a reciprocity between mental states and bodily states. Motivated by this approach, I recently performed an experiment on how linguistic activity is reflected in changes in muscular activity (paper in press). Also, with Prof. Rouwen Canal Bruland we study how bodily states affect perceptual judgments of geometric properties of the environment.

Back off! The effect of emotion on backward step initiation

Balance Performance in Autism: A Brief Overview: A brief overview

Unveiling intermittency in the control of quiet upright standing: Beyond automatic behavior

J.F. Stins (Member of editorial board)

Factors Affecting the Accurate Detection of Trait Aggression from Gait