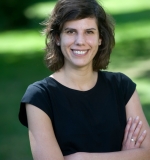 I specialize in historical culture and memory in Morocco, Algeria and among North African communities in Europe, with emphasis on the history and representation of Berber culture, literature and arts. I have done research on Berber cultural activism and collective memory in Morocco and Europe, the history of emigration from the Moroccan Rif, Moroccan history textbooks and museums, French colonial ethnology in North Africa, and the reception of antiquity in (colonial) Algeria and Morocco.

At Vrije Universiteit, I teach courses within the fields of ancient and modern history: Cultural Contact: East and West (BA1), Confrontation between Greek and Near Eastern Civilizations (MA), International relations from below (BA3), International organizations: institutions, people, networks (BA3), and Introduction to migration studies (BA3).

I taught a seminar on museum collection and exhibition research at Reinwardt Academie (Amsterdamse Hogeschool voor de Kunsten, Bachelor Cultureel erfgoed) from 2015 until 2017.

In between 2014 and 2017, I lectured in the Morocco: Migration and Transnational Identity SIT-Study Abroad Program for U.S. college students in both Rabat and Amsterdam. I have supervised several Independent Study Projects on Moroccan history.

I currently participate in CLARIAH-CORE as a WP5 Media Studies scholar.

My research on Berber museums in Morocco in 2014 and 2015 was funded by a Catharine van Tussenbroek Fellowship, a travel grant from the Lutfia Rabbani Foundation, and an employability grant (€12.000) from the Erasmus School of History, Culture and Communication (Erasmus Universiteit Rotterdam).

I was a visiting researcher at Max Planck Institue for Social Anthropology in Halle, Germany, in 2013 and at the French CNRS-institute Centre Jacques Berque in Rabat, Morocco, in 2014.

I wrote a biweekly op-ed column for Belgian newspaper De Morgen during 2013 and 2014, and currently write feature columns for Uitagenda Rotterdam.

Europe and the Arab Spring

Activity: Participating in or organising an event › Other event › Societal