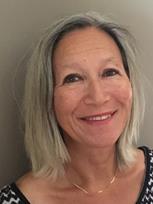 Sawitri Saharso is Professor of Citizenship and Moral Diversity and Director of the Graduate School at the University of Humanistic Studies in Utrecht and Associate Professor at the Department of Sociology of the VU University Amsterdam and member of the VU Sociology research group Identity, Diversity and Inclusion.  She is editor-in-Chief  of the Open Access journal Comparative Migration Studies. https://comparativemigrationstudies.springeropen.com/

Former positions include a professorship in Intercultural Governance at the School of Management and Governance of the University of Twente (Enschede, the Netherlands) an assistant professorship at the Department of Education of the VU University and the University of Amsterdam, and later at the Department of Political Sciences of the VU University. In 2006-2007 she was visiting professor ‘Democracy and Difference in Europe’, at the Institut für Politikwissenschaft, Universität Wien (Austria).

Sawitri’s research fields include the governance of migration, religious diversity and citizenship within a European comparative perspective. She is interested in particular in questions around gender, ethnicity and public morality. (Project Culture, toleration and female autonomy in a liberal democracy and project Gender, Ethnicity and Public Morality, funded by the Dutch organization for scientific research (NWO); project Values, Equality, Differences in Liberal Democracies. Debates about Female Headscarves in Europe, funded: Specific Targeted Research Project (STREP), EC 6. Framework).
Programme.  Next, she is interested in migrant women and health (e.g. the NWO funded project Suicidal behaviour among immigrant young woman in the Netherlands: the relation with gender and ethnicity). Her current project aims to develop a gender and culture sensitive bioethical framework that addresses the moral dilemmas of health professionals concerning related to gender specific cultural practices (GCP) that are believed to harm the well-being of women.

Gender and cultural understandings in medical non-indicated interventions: a critical discussion of attitudes towards non-therapeutic male circumcision and hymen (re)construction

Who needs integration? Debating a central, yet increasingly contested concept in migration studies

Honour Killings, Moral Panic and the Emergence of an Organizational Field.