In this regard, she directs two Research Programmes: (1) “Development as a Trojan Horse? Large-scale Land Deals in Ethiopia, Kenya, Madagascar, Senegal and Uganda.”  (2) “Mediation and Intermedial Dialogue: Children’s Rights, Globalization, Empathy and Othering.”

Initiator and chair (2009-2018) of the Anthropology of Children and Youth Network of the European Association of Social Anthropologists (EASA).

Sandra Evers is appointed as ambassador for childhood of the Association for Childhood Education International (ACEI, http://www.acei.org/ ). The Ambassadors for Childhood program enlists leading children's experts and advocates in encouraging all organizations to consider children in their decision-making. Ambassadors secure commitments from individuals, organizations, and businesses to engage in activities of their choice that support childhood.

The ACEI has consultative status with the United Nations

The Faculty made clips (in Dutch) of its top professors:

Affiliated member to the above research programme:

PhD projects in the field of the Anthropology of Children & Youth.

In my capacity as researcher and Ambassador for Childhood of the Association for Childhood Education International (ACEI, http://www.acei.org/ ), I regularly advise NGO’s, the UN and World Bank. I also appear in the media as commentator on issues pertaining to my expertise.

Recently, I completed a significant special event called the Long March to Rome (www.longmarchtorome.com) which is a dissemination project from the NWO-WOTRO financed programme “Development as a Trojan Horse? Large-scale Land Deals in Ethiopia, Kenya, Madagascar, Senegal and Uganda.”

It involved a May 2016 “march” from Paris to Rome of indigenous peoples worldwide with the ultimate aim to present a petition to Pope Francis to rescind the Papal Bulls of Discovery. The enthusiasm of indigenous groups and other peoples struggling with the legacy of these papal bulls was overwhelming. They all took initiatives to join the Long March. An example is the unanimous vote (during the Special Chiefs Assembly, 9-11 December 2014 in Winnipeg Canada) of Resolution 46/2014 adopted by Canada’s first nation leaders to “Resolve to endorse, to support and to encourage the participation of its peoples in the Long March to Rome, a pilgrimage of Indigenous peoples worldwide to present a petition to Pope Francis I, seeking revocation of the two papal bulls Romanus Pontifex (1455) and Inter Caetera (1493), otherwise known as the Papal Bulls of Discovery, for the following reasons:  a. They were the “blueprint” for conquest of the New World. b. They provided moral justification for the enslavement and conquest of Indigenous peoples worldwide. c. They are an ongoing violation of contemporary international human rights law. d. Other communities currently struggling to save their lands are threatened by modern-day ideologies of inequality anchored in the Papal Bulls of Discovery.”

On 30 April 2016 and 1 May, indigenous leaders held a Gathering of Nations in Florence and from there went on to Rome to meet on 4 May with Pope Francis and a high commission of the Vatican for the first time in over 500 years to discuss the revocation of the papal bulls.

This video-clip is an example of my research dissemination and how connecting people from different cultural backgrounds (in this case Western trained doctors and Malagasy mothers) helped to lower a high mortality rate of babies suffering from diarrhea. 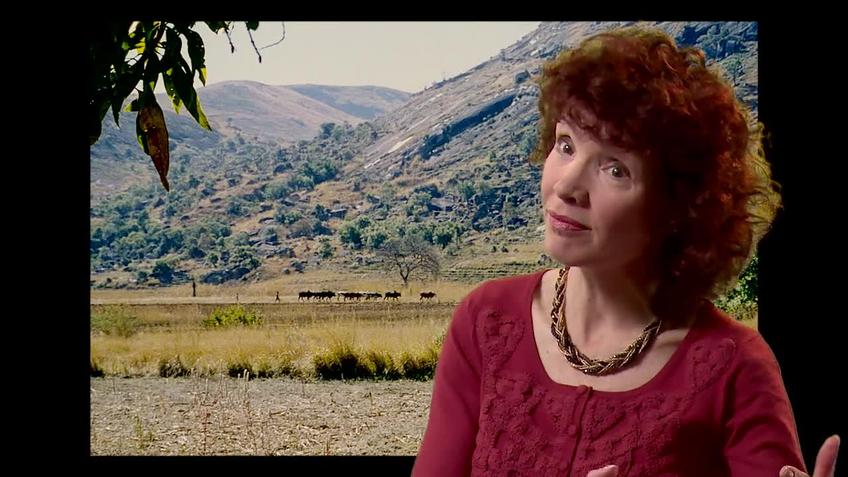 Dive into the research topics where S.J.T.M. Evers is active. These topic labels come from the works of this person. Together they form a unique fingerprint.